*I originally posted this in my old blog in 2012 shortly after my layoff. The Hairpin recently did a review of My Best Friend’s Wedding, and I thought it would be worthwhile to rehash. Plus the big 2-9 is only weeks ago. It’s a good time to remind myself that not all (probably most) of us do not have it together by 30. 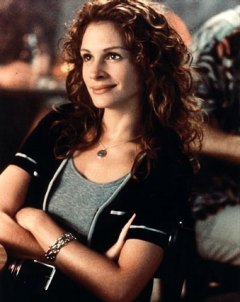 The fantasy life: a food editor at 30

Some months back, after a particularly stressing day at work,  I returned home wanting nothing more than some sitcom laughs (and for it to be Friday). Since I’d missed the previous episode of  New Girl, I watched it and the latest back to back.

I won’t give too much away with regard to the storyline, but basically hunky Dermot Mulroney guest stars as a potential love interest for Jess. Their decade-plus age gap highlights the maturity disparity between 30- and 40-somethings while a parallel plot compares undergrads to their 30-something counterparts.

The stark differences — which while embellished for TV, still exist — got me thinking about this New York Times article from a years ago that suggests early adulthood (namely the 20s) might be its own developmental stage. Opponents point to indulgent parents, economic woes, and increased options in life and career as the true causes for Gen-Yers and Millenials’ flightiness and drive to explore. Still scientists point to the brain as evidence that such a phase is no less legitimate than adolescence — a stage that was not granted much credence until living conditions allowed children to delay marrying and working.

Regardless of whether early adulthood is it’s own phase of development, the idea of the struggling, single 20-something who 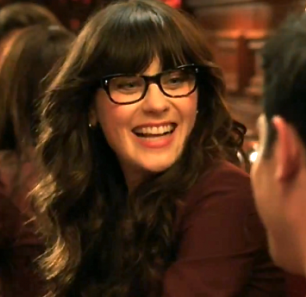 The new 30: Living with four roomies & an iffy job

works like an adult and parties like a coed has seeped into our cultural psyche. Less than 20 years again, Mulroney was in a little film called My Best Friend’s Wedding, which features a very different look of younger adults than we see today. In the film, Julia Roberts and Mulroney’s characters had made a pact in college that if they were both still single at 30, they would get married. Nowadays, that number would be 36 at the lowest, and more like 40 on average. Also, remember what Roberts’s Jules Potter did as her profession? She was a food critic for a major Chicago newspaper at 30. Contrast that with Kat Dennings and Beth Behrs who while not much younger than Roberts’s character, are barely scraping by as diner waitresses in Two Broke Girls. Or the gang in How I met Your Mother, Community, and The Big Bang Theory, which seem comically stunted in some sort of post-college, pre-adulthood limbo.

I was basically an intern and temp worker until 26, and I know plenty of folks who are in a similar position. I thought I was on my way to the steady-paycheck, IKEA-decorated realm of semi-adulthood until my first job with benefits and an annual salary laid me off two weeks ago. So while I think it’s fun to dream of being a successful food critic/writer/what-have-you by the time I hit 30, I find it comforting (and hilarious) to watch characters struggle with similar uncertainties, disappointments, and surprises. It doesn’t hurt that most of my friends are in the same bumbling boat as well.